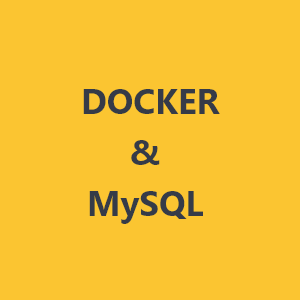 Docker enables us to separate applications from infrastructure so that we can deliver applications quickly. Today, docker is one of the standards to build and share containerized applications .

This example below is tested on windows 10 with docker desktop version 3.0.0 running on WSL2.

We have seen a mysql instance running as as docker image using compose file. To move this in production learn more about volumes for data persistence .